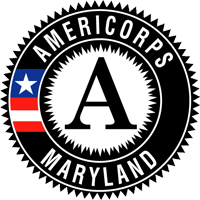 Governor’s Commission on Service and Volunteerism

Purpose of the Commission

The Governor’s Commission on Service and Volunteerism was created and appointed by the Governor in 1994 to review and approve all AmeriCorps State funding in Maryland and to serve as a body of ambassadors for service and volunteerism in local communities. With the Governor’s approval, the Commission may apply to the Corporation for National and Community Service, the federal agency that manages AmeriCorps, and other public and private sources for additional funding. Under the National and Community Service Trust Act of 1993, Governor-appointed service commissions are required to oversee each state’s AmeriCorps activities and resources. The Act also requires each state to develop, update, and implement a three-year strategic plan for service which sets funding and program priorities for allocation of AmeriCorps funds and promotes volunteerism and community service broadly. Learn about the Commission’s 2017-2019 Strategic Plan.

Who are the Commissioners?

The Commission consists of the State Superintendent of Schools and members appointed by the Governor to three-year terms.

In addition, the Governor may appoint community members with significant experience and knowledge of issues related to service and volunteerism.

Erin Lewis, Chair, is the owner and principal at Goosehead Insurance and founder of the Dream Queen Foundation.  She has served on the advisory council for the Non-profit Institute at the College of Southern Maryland and the steering committee for the Million Women Mentor – Maryland Initiative.

William (Bill) Mandicott, Vice Chair, has been the assistant vice president for Student and Community Involvement at Frostburg State University since 2001.

Julie Ayers, ex-officio, service-learning specialist for the Maryland Department of Education, oversees Maryland’s ground-breaking service-learning graduation requirement. She draws on her experience teaching in higher education settings and working in an anti-hunger nonprofit organization, and is able to provide support for issues she believes are critical for creating healthy communities. She is the designee on the Maryland Governor’s Commission on Service and Volunteerism for the State Superintendent of Schools.

Andrew Brooks is the vice president and head of U.S. equity trading at T. Rowe Price. He serves on the boards at Outward Bound, WYPR, United Way of Central Maryland, and Catholic Charities.

Heather Duma is the director of advancement for Coastal Hospice and Palliative Care, Inc. Prior to this role, she served as the deputy director of constituent services for United Representative Andrew Harris.

Krista Gilmore works for Cecil County Department of Community Services and serves as the volunteer and community resource coordinator.

Bruce Goldensohn is a retired non-technical systems engineer for management at TASC Inc. He has served the Montgomery County region in various capacities, including as former mayor of Gaithersburg and co-chair of the Committee Evaluation Review Board for the county executive of Montgomery County, Maryland.

Anita Maddox Jackson is the chief of staff to Baltimore Gas and Electric Company’s (BGE) chief executive officer. In addition to that role, she leads BGE’s strategic approach to diversity and inclusion, and oversees the BGE Diversity Council Initiatives.

Brad Lundberg is owner of Lundberg Builders, Inc. He is the president of Centreville and Kent Island Rotary clubs, and oversees all Eagle Scout projects in four counties on the Eastern Shore as a Boy Scout Leader.

Tim Martin is a senior at the University of Maryland, College Park where he studies mathematics. Mr. Martin is an Eagle Scout and active member of the Boy Scouts of America where he serves as a lodge chief in the Order of the Arrow. He is also the president of the Alpha Delta Phi fraternity, Maryland Chapter.

William J. McCarthy, Jr. has been the executive director of Catholic Charities of Baltimore since August 2009. He serves as chairman of the board at Loyola Blakefield, as well as on the boards of the Greater Baltimore Committee, SunTrust Bank Maryland, The Thomas O’Neill Catholic Health Care Fund, Board of Financial Administration of the Archdiocese of Baltimore, and the Maryland Catholic Conference.

DeAnna Murphy has worked for GCC Technologies, LLC in Oakland, MD since 2009. Her current role is Community Involvement Project Manager.

Stephan Salem is the president of the Cal Ripken Sr. Foundation. Prior to joining the foundation, he served as vice president of government relations for the Boys & Girls Club of America. Additionally, Mr. Salem serves on several nonprofit boards, including the NFL-players association and the national policy board of the National Center for Missing & Exploited Children.

Casey Schurman, is a teacher at Bollman Bridge Elementary school. She serves as board member for Pathways, is the Chair of the Oriole Advocate’s fundraising committee, and volunteers for the Ravens Punt, Pass, Kick program.

David Slaughter is the president of the M. Luis Construction and M. Luis Products companies headquartered in Silver Spring, Maryland, the only woman and minority-owned construction services and asphalt manufacturing business in the United States. He is chairman of the board for the American Red Cross Greater Chesapeake and Potomac region and also serves on the boards for the Maryland Asphalt Association and the Maryland Transportation Builders and Materials Association.

Betsy Southall, ex officio, is the State program director of the Maryland and Delaware State Office of the Corporation for National and Community Service.

Jack Spaulding is executive director of strategic planning at Planit. He is an expert in helping nonprofits, such as St. Vincent de Paul and Healthcare for the Homeless, develop brand identity.

Corae Young is the assistant director of Lifestyles of Maryland Foundation, Inc. She serves on the Charles County Commission for Women and the Southern Maryland Regional Homeless Board. Additionally, she is a youth ministry leader and marketing coordinator at Free Gospel Church of Bryans Road.